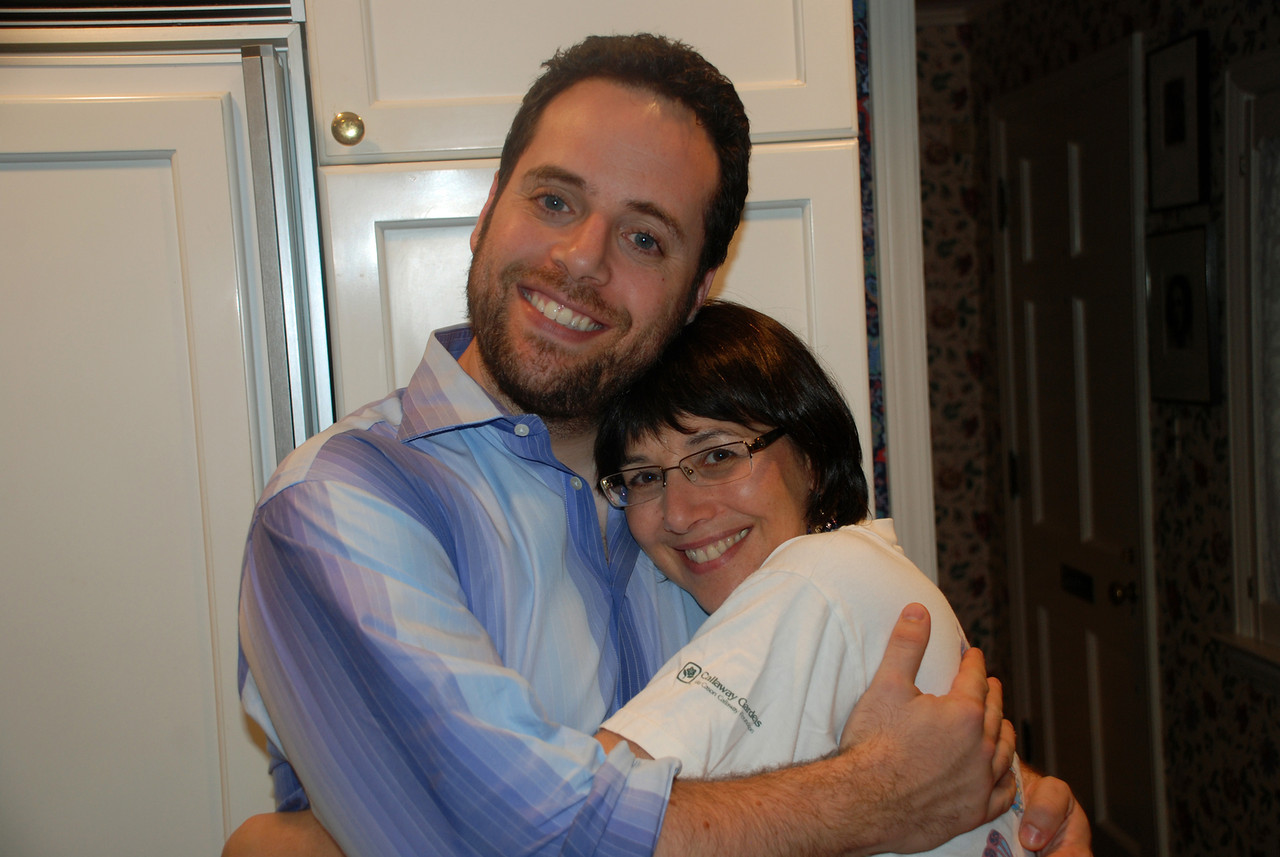 Today is my brother’s thirty-sixth birthday. Despite the three-plus decades of siblinghood, the phrase “my brother” still sounds novel in my mouth. Or maybe what feels novel is the brother-sister relationship we are now, finally, blessed to share as adults. Given the twenty-one year difference in our ages, you can imagine why it’s taken us a while to get to this point. Three at my wedding, Daniel was young enough to be my son, and was assumed to be whenever were were out in public and I was the adult in charge.

But time has a way of erasing even cavernous age differences, and Daniel and I have been delighted to discover in one another so very many commonalities. We have different mothers, but are both our father’s firstborns. We have a knack for foreign languages (French and Hebrew) although he has bested me by adding Arabic and some of Russian and Chinese to his palate, all three infinitely more complex than the Spanish I also majored in. We share a similar level of Jewish observance, passion for text study, and have been delighted to discover in one another a leaning toward the metaphysical and “woo-woo” side of life. He is as horrible a punner as I am, a dubious paternal legacy.

Daniel and I recently discovered another paternal-ish bond: the bittersweet admission of mirror-image jealousies. I knew our father as a young man, while he was the older guy in the bleachers at Daniel’s Little League games. Although my father threw a football with me many weekend afternoons, Daniel is the firstborn son.  He has carried on the family name. That we could bare our hearts with such honesty, brings me to tears.

Thirty-six holds special significance in the Jewish number system called gematria , which assigns a numerical value to each Hebrew word. The numerical value of the Hebrew word for life is 18.  Thus, 36 is double chai, double life. We two, firstborns of opposite sexes but singular in so many other ways, are two lives inextricably bound. Happy Birthday, Bro’, biz a hundert un tzvansik. *

*Yiddish birthday blessing : to a hundred and twenty, the age to which Moses is said to have lived.