Looking ahead to Pesach, Passover 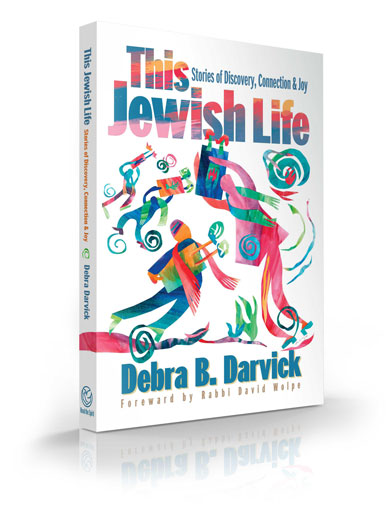 In This Jewish Life, I include brief overviews of our major holidays throughout the year as a way to introduce the heart of the book: real-life stories of men and women as they pass through these seasons. In 2018, Passover begins on the evening of Friday March 30 and I’m sharing the text of my Passover overview as a sample from my book. Here it is …

“Passover affirms the great truth that liberty is the inalienable right of every human being.”
M. Joseph, Judaism as Creed and Life

PESACH, PASSOVER, follows Purim by a month and a day and commemorates the liberation of the People of Israel from Egyptian slavery. Outside of the High Holidays, Passover is likely the most widely observed holiday of the Jewish calendar. Celebrated for eight days (seven in Israel and by Reform Jews), Passover begins with a ritual meal called a Seder, an hours-long celebration filled with food, discussion and singing that enables Jews to fulfill the commandment to retell the story of our going out from Egypt.

The most distinguishing feature of Passover is matzah, a flat cracker that substitutes for bread during the holiday. When the People of Israel fled Egypt, there was no time to allow their dough to rise. The flattened cakes they ate come down to us as matzah.

The laws of Passover dictate that prior to the beginning of the holiday, the home must be cleaned of all chametz, that is, any food that might have any leavening in it whatsoever. No bread, no noodles, no cereal or cookies. The night before the holiday begins, some families conduct a chametz search. By candlelight, children set out with a wooden spoon and feature to collect bits of chametz that their parents have set around the house for them to find. These last bits of chametz are set aside to be burned the following morning. Those who observe the law in the strictest sense will have in their homes only those foods that have been certified kosher for Passover.

On the Seder table are other foods symbolic of the Passover story—saltwater simulates the tears of the Hebrew slaves; horseradish represents the bitterness of their lives. An egg symbolizes the cycle of life; charoset, a savory mixture of wine, cinnamon, apples and walnuts, symbolizes the sacrifice of the Paschal lamb. Four glasses of wine are drunk, at prescribed times during the meal.

To entertain children during the long meal, a tradition developed to hide a small piece of matzah called the afrikomen during the early part of the meal. Toward the close of the evening, all children present are invited to search for the afrikomen and then ransom it back to the head of the household.

The Passover story is told in a book called a Haggadah. Haggadot, plural, may be simple or ornately illustrated. They have long been an art form in and of themselves; there are hundreds of Haggadot to choose from.