I am cleaning my office, going thru old files and found this piece of writing.  It isn’t dated but I figure it’s from at least a decade ago if not more.  So here goes, a piece of fiction from the past. 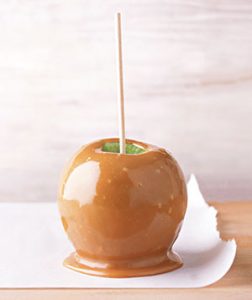 I always thought that there was no greater grief than to watch a child die. I still do. But let’s face it.  Who better to be at the child’s deathbed? To hold the hand, sponge the brow. Who better to answer the groans of pain with shushes of comfort?  Seems like yesterday I was steadying Madeleine’s head over the toilet as she retched up four blocks’ worth of Halloween loot.  Triangles of candy corn. Pyramids of Hershey’s kisses. An entire rainbow of Now or Laters. Now it’s later. Three decades later. It’s chemo now, not caramel apples. But still, who better than a mother?

Watching my child die is more painful than a thousand births. Ten thousand births. There’s no episiotomy in the world that’ll close this tear in my flesh. But this is how the dice were thrown. I’m glad I was at the table.

Having kids is a gamble anyway. Biggest gamble there is. You never know the hand you’re going to be dealt. But you have to play it and play it round after round even if you keep drawing black queens and suicide jacks.

Madeleine was a nipple biter from the minute she grew teeth and she’s stayed that way her whole life. Being mean just because she could. Vindictive for the sport of it. Seeing injury where none was intended. Going for the jugular when all someone lobbed her way was a cat scratch.

Maybe cancer’s her payback for living like she owed nothing to no one. I gotta tell you, the day she called and told me, I couldn’t help it. First thought that came to me was small enough to drown in a teaspoon, but it was there just the same: serves you right for causing so much spite to so many. Not very loving of me but there you go.

You learn fast how to deal with a nipple biter. You remove the breast. You give her room. You get outta the way. I had one moment thinking Madeleine was getting her comeuppance. But it was only a moment. God forgive me it was only a moment, a wretched thought plastered over by everything that should have come first: shock, grief, desperation. And anger. Anger that this has befallen my beautiful spiteful daughter. Anger at Maddy for refusing to go for mammograms. “What do I need with those? I’m not mashing my boobs in some vise just so some doctor can tell me, “All’s well; come back next year.” So now she won’t be coming back next year.

Ironical, no? The one thing I took from her at her life’s beginning is now the source of its ending. She can’t remember me slapping her face that morning she bit me. Damn girl drew blood. The signal shorted out my brain and went from my breast to the flat of my palm. She was just such a little thing. I cried for days over what I’d done. I iced her cheek good to be sure nothing showed before Ramie got home. As soon as the imprint of my fingers left her cheek, I packed her up in the stroller and set out for Walgreen’s to fetch more bottles and formula.

“Jessamyn, what a sweet little doll,” April Lanier said when she saw us. Hollywood hadn’t yet dreamed up Chuckie. If they had, I might have said something about Maddy that I would have regretted. April’s eyes flickered over the elastic waistband of my slacks. Her right hand brushed against her flat stomach and she volleyed a small smile in my direction.

“Yes, she is,” I agreed. “Maddy’s a true joy.  Off to get diapers and some formula. You know, the drudgery of motherhood.” I tried to sound aggrieved. Which wasn’t too hard considering my left tit was still smarting to bead the band. But not smarting so much that I didn’t volley April a farewell of my own.

“I swan, April, that waist of yours is so slender. I bet my wedding ring would go ’round it with room to spare.”  I made sure she saw my eyes skimming her naked left hand. Who knows. Maybe by the time Madeleine bit me she’d also drunk in my tendency to spite as well. Maybe she’d had her fill and just couldn’t take any more.

I don’t know how much more I’m going to be able to take. Watching her slip away. It’s like being pregnant in reverse. My belly growing month by month big as the moon. Her slipping away to a skinny crescent. Feeling her poke my insides, all elbows and knees and now seeing her spindly limbs push at the sheets in jerks and fits. Me vomiting every morning; and now it’s her turn. Soon, the only place she’ll be is in my mind and my heart; same as she was before the apple left my eye for my womb.