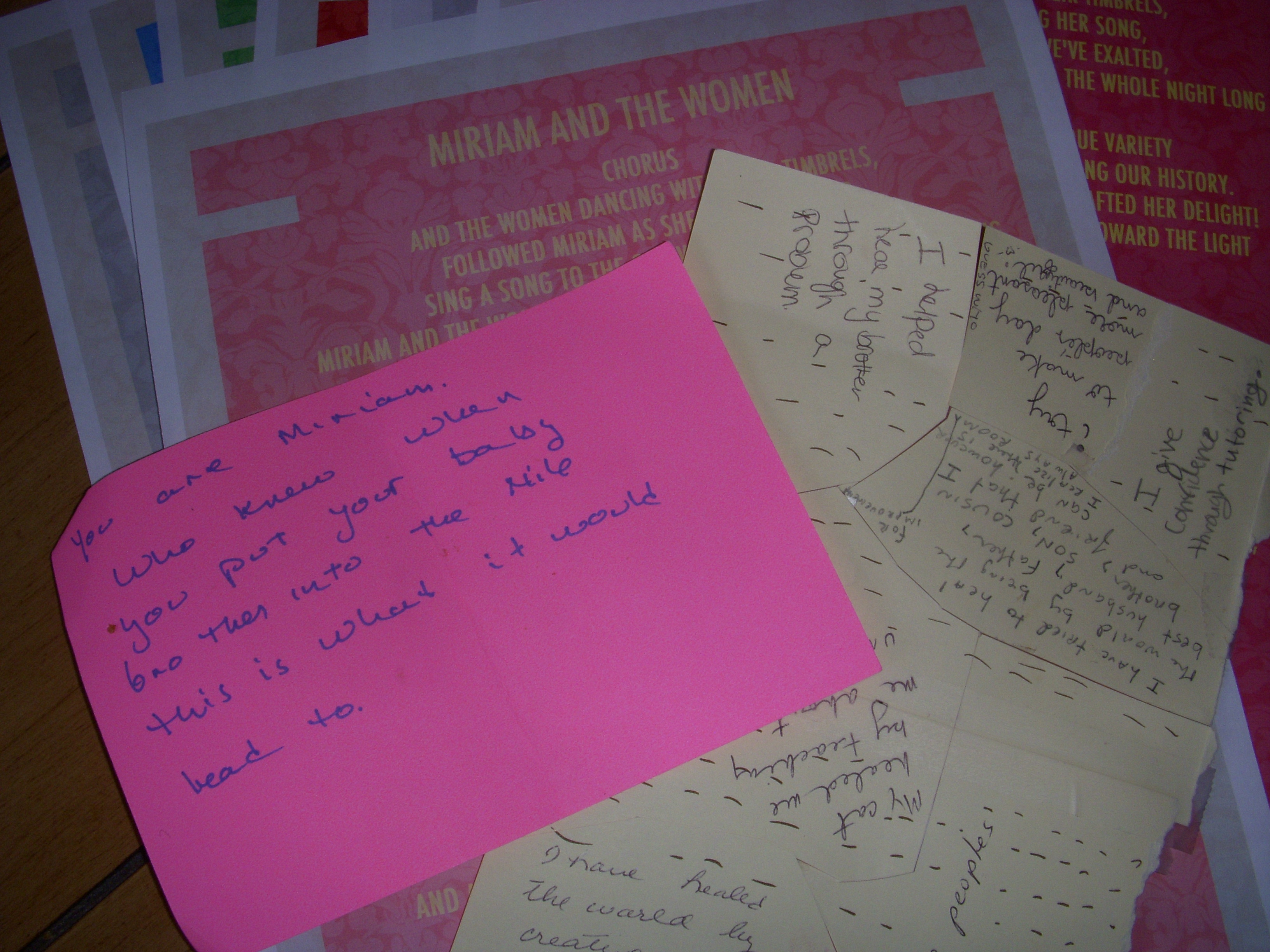 There is a duality to Passover that I never realized until this year. In the weeks leading up to this  holiday celebrating the Israelites’ exodus from Egypt, we are clearing our cabinets, refrigerators and freezers of  any form of bread, pasta, cereal as we make way for losher for Passover fare. There is the mad scouring of crumbs from fridge gaskets, drawer runners, room corners and coat pockets. For some it’s an all out assault worthy of Patton; for others the custom is distilled to neither, buying, cooking nor eating any kind of breadstuff or leavened food.

But when we finally approach the shore of the purpose of the entire holiday — the retelling of Exodus story — we are free to do so in any manner we wish. Some families dress up as they imagine our ancestors might have; some tent their dining rooms and gather in a circle on the floor for the retelling.  New Haggadot (plural of Haggadah, the book read at the Passover Seder containing the story of the Exodus and the Passover Seder rituals), spring up each year like early crocus — colorful, unique, enchanting. There are innovative twists on the traditional foods — savory, sweet and everything in between. Matzah — the simplest of bread, made from nothing but flour and water — becomes a culinary Zelig, appearing on the Seder table and throughout the week of Passover as a stuffing, a casserole, a dessert, ersatz pizza and even trail mix. The strictures of cleaning behind us, we are liberated to fulfill the commandment to retell the story as if we ourselves were the slaves freed from Egyptian bondage, in any way we wish.

This year, away from home but in a red-earth terrain that feels closer to home than many, I came up with a close-to-literal twist on fulfilling the instruction to  place ourselves in the sandals of those fleeing Egypt. There was a dry creek bed nearby, so why not walk through it, pretending we were the Israelites crossing over the yabasha, the dry bed, revealed by the splitting seas? I gave each family member a role to interpret: Moses, Aaron (Moses brother, the High Priest and Moses’ spokesperson to Pharaoh), Miriam (Moses’ older sister), a young girl who’s just learned she and her family are up and leaving behind all she’s ever known, an old woman who doubts her strength to make this journey, an orphaned Egyptian slave who wants to come along, and Nachshon ben Aminidav, who the midrash teaches caused the waters to part by stepping boldly into the raging sea.

I also printed up the lyrics to Debbie Friedman’s classic “Miriam’s Song” hoping that everyone, after walking through this metaphorical Sea of Reeds, would join me and sing this beautiful, and now classic song.  I sent the lyrics to my daughter to print and she surprised us by creating seven different song sheets, one tailored for each of us.  During the Seder, the middle of three reserved matzot (plural of matzoh) is broken. The larger half is hidden, later to be found by the children (of any age.) Following the lead of the rabbi I have studied with here, I drew a simple piece of matzah on card stock, cut it into pieces and invited each family member to write a time when they had helped to heal someone or  mended a “broken” situation. My plan was to reassemble the pieces and at some point in the Seder, pass around this “matzoh of healing” for us all to read. I wasn’t sure how it all would go — river walk, role playing, sharing a time of healing. We were seven grown-ups after all. Would everyone step out of their comfort zones and get into the spirit?

Yes, yes and yes. On the  walk toward the riverbed, we passed a corral where two horses were grazing. They cantered over to us and we spent a few minutes patting their noses, gazing into their huge brown eyes.  In the Torah portion describing this Biblical crossing,  the waters close over Pharaoh’s army and their horses, drowning every last one. This pair of horses made me think of all the innocents whom war overwhelms and destroys. As we walked slowly over the  cobbled stones of the riverbed, evidence of the water’s power was everywhere: sizable tree limbs lay scattered nearby as we threaded our way through rocks that ran all the way from pebbles to boulders. Like the middle matzoh, what is hidden is actually revealed in its own absence. When we reached the other side, Emma distributed the beautiful song sheets she had made. As we sang, my sister-in-law got us all dancing and laughing, just as Miriam had led the women with her timbrel. The hour or so we took to cross the riverbed, mosey through the park and stroll beside the rushing water of Oak Creek were a perfect opportunity to release the day and gather our thoughts for the coming Seder.

Round and round the table we went, reading from the Haggadah, dipping twice, asking the Four Questions, drinking the four cups of wine, and of course eating, eating and eating. The role playing inspired some interesting insights. My daughter, in the role of the old woman, shared that initially she thought the woman would simply die early on. But then she reconsidered. She could just as well draw upon untapped inner strength, and the strength of those around her to make the journey.  Laura, my sister-in-law’s partner, had drawn Moses and spoke about leadership and how often it is thrust upon us. “So often. we discover that when we step up, or into, a role we don’t feel we are ready for, everything we need to achieve the goal begins to appear,” she said.  As fate would have it my son’s fiancee drew the card of the girl who would be leaving everything behind come morning. Elizabeth shared how it made her think of her own mother who, at eleven, was told that she and her mother were going on vacation from the Czech Republic. Only when they got to California did she learn the truth: America would be her new home. Everything had been left behind: clothes, friends, toys, language.

After the hidden matzoh had been found, we passed around the matzoh puzzle. The only instruction I gave was that we were each to read a moment of healing that was not our own. “I give confidence through tutoring,” read one. “I listen to people’s stories,” read another. It was quite moving to hear the many ways we seven have sought to heal and bring solace to others. This “matzoh of healing” is now in our Passover archive, dated and tucked into the folder with Emma’s beautiful song sheets to be used for another year. And so we entered this week of Passover far from home, yet sweetly closer  one another and a few steps closer to our roots and foundational Story.