Scrapbook of Future Past 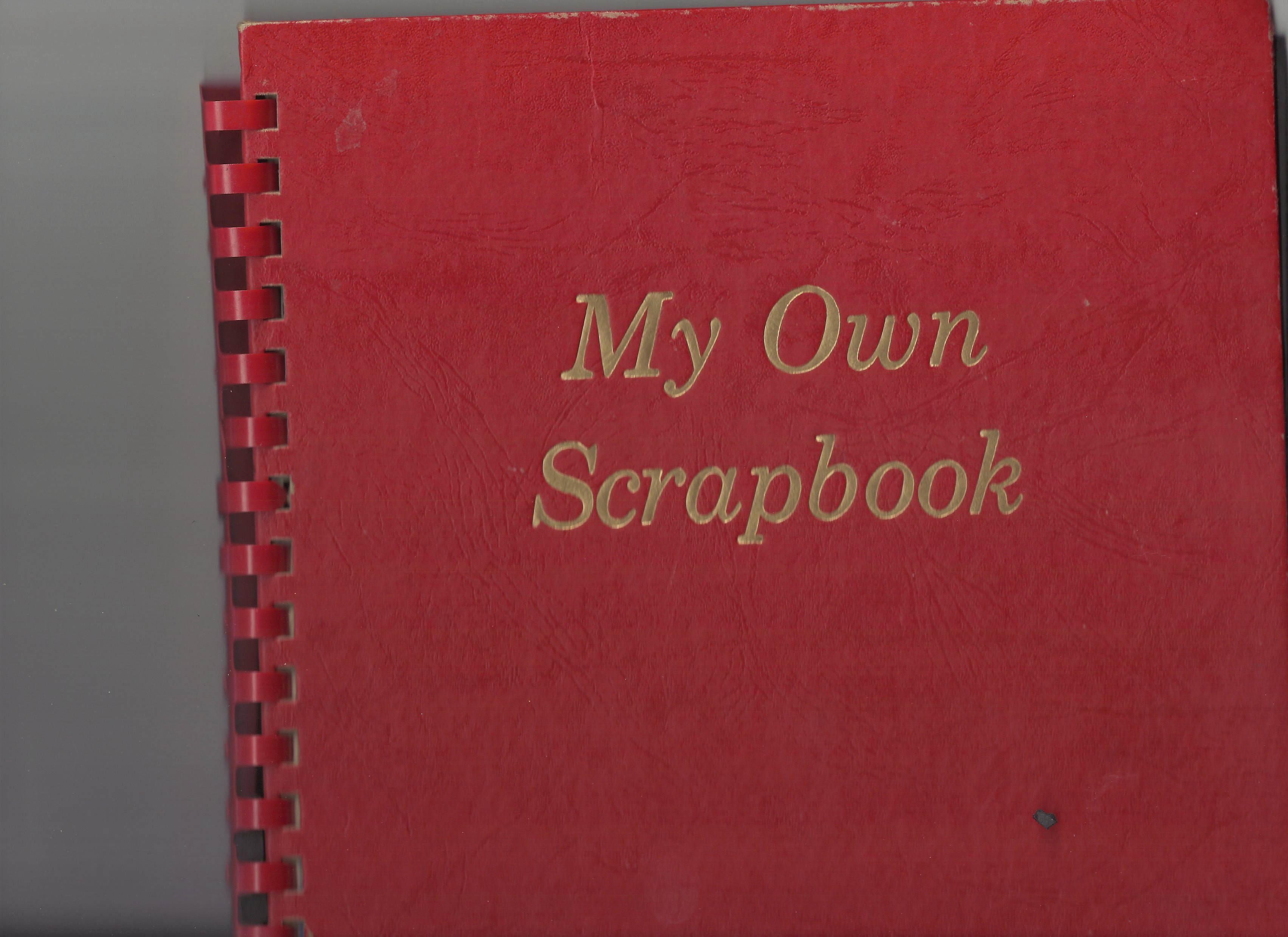 Since June I’ve been holding on to an article by Martha Beck about creating vision boards. What’s a vision board you ask? It’s a collage of images that have the power to lead the collage-maker to her (or his) destiny. You may jest. Or doubt. But the people who create them, Martha included, swear by them.

How to make a vision board?

1. Cut out pictures of things you love, images that speak to you even if you don’t know why.
2. Paste them on a nice sheet of poster board or other weighty paper.
3. Realize your life’s ambition, or at the least the next step.

Like I said, I’ve been hanging on to the article not so much because I don’t believe in the concept (I’m vastly intrigued), but because every time I thumb through magazines, nothing seems to jump out at me.  Maybe Martha’s magazines are better than mine?  Or her instincts are higher on the woo-woo scale? Or maybe her destiny’s already out there just waiting for her to catch up and mine’s still incubating?

But then something happened last week that made me rethink the whole concept. Rummaging through some old albums, I plucked out the scrapbook I made when I was four. It was a time capsule of everyday items from the 50’s and 60’s. Remember S&H green stamps?  I must have had a field day cutting up the catalog. 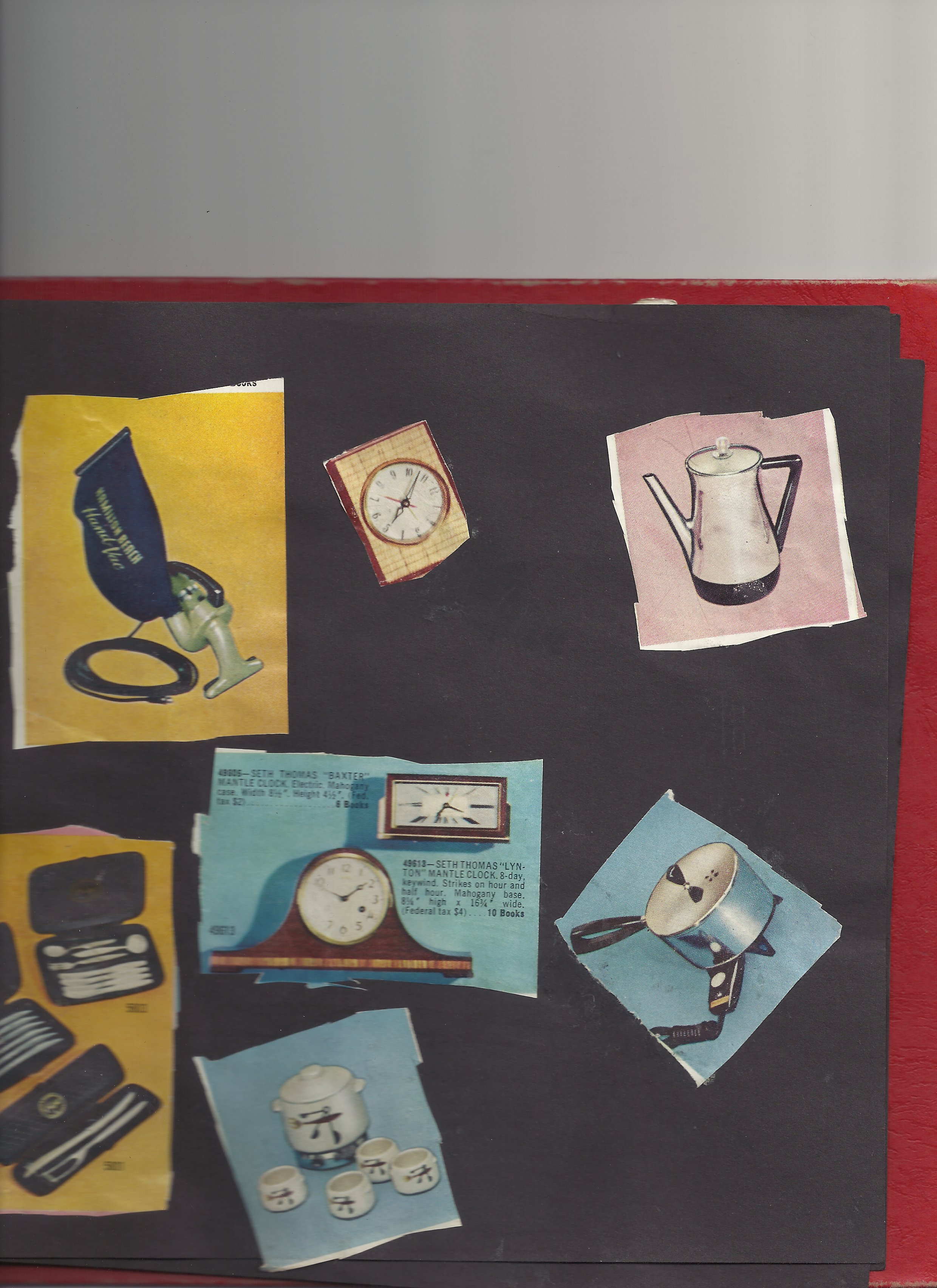 I know I chose some images because they reflected the world around me. 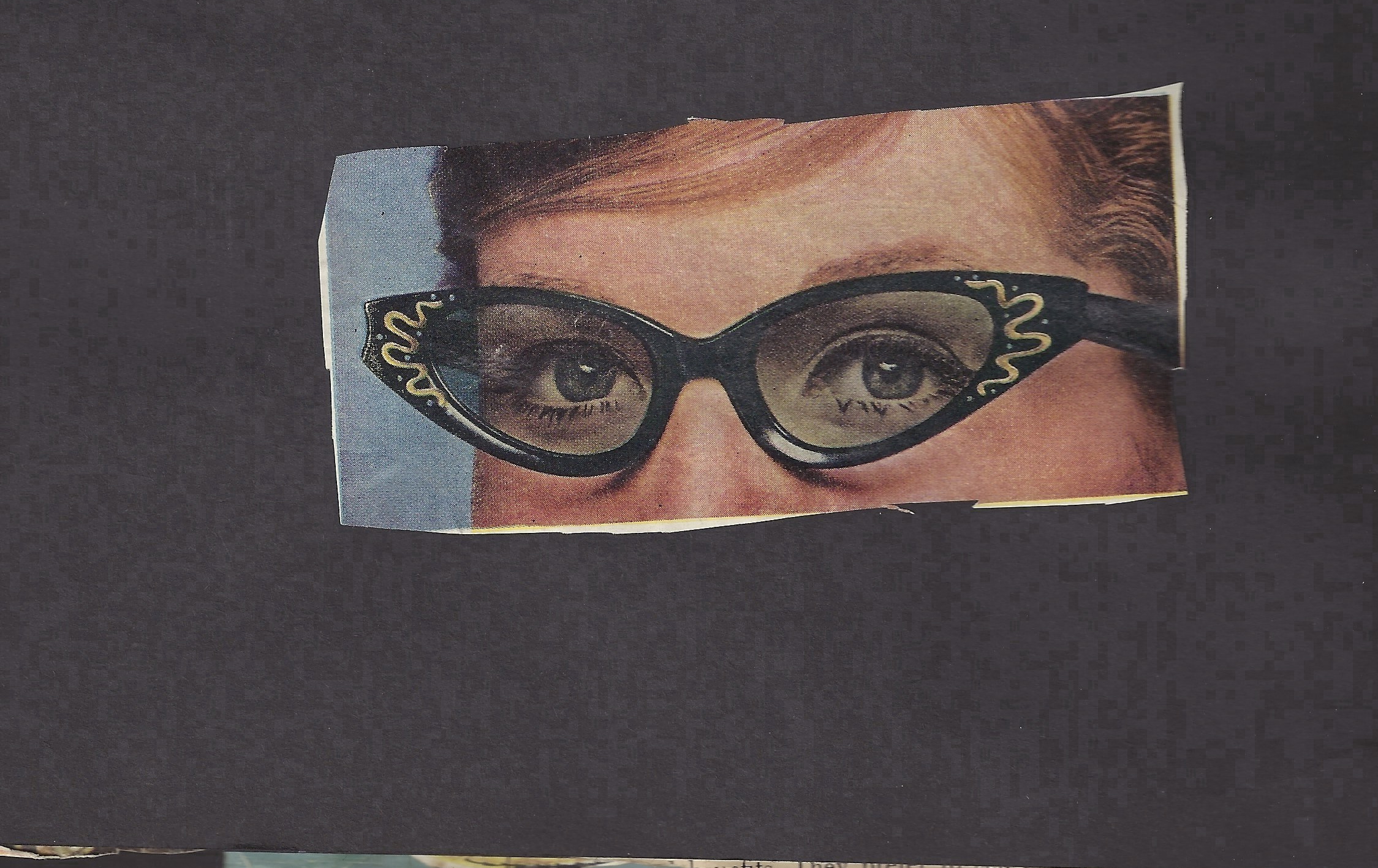 My mother’s glasses were that deep emerald color of Prell. What color were your mother’s?

Why I chose this next one I have no idea. I was probably attracted to the background color, which 50 years ago was likely a deep robin’s egg blue. The text just goes to show that even with vision boards, some things stay the same. 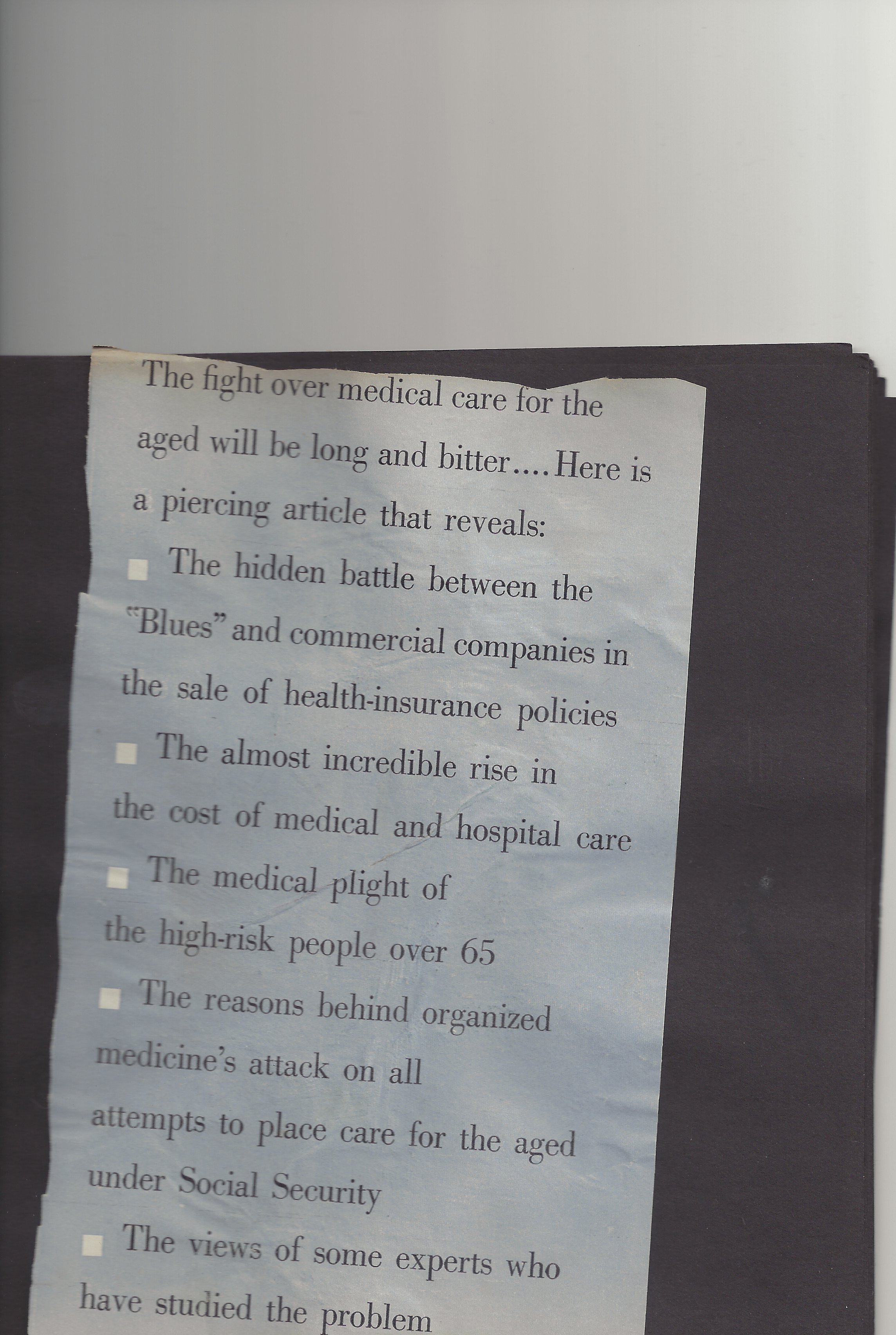 It reads: “The fight over medical care for the aged will be long and bitter…Here is a piercing article that reveals: •The hidden battle between the “Blues” and commercial companies in the sale of health-insurance policies. •The almost incredible rise in the cost of medical and hospital care. •The medical plight of the high-risk people over 65. •The reasons behind organized medicine’s attack on all attempts to place care for the aged under Social Security. •The views of some experts who have studied the problem….” Those experts are likely dead by now. Wonder what kind of medical care they had?

What amazes me about thumbing through this book is certainly the nostalgia factor: tail fins; carpet sweepers (catalog #34303 in grey and #3703 in red); a TV-Guide ad promoting “Color every day!” of broadcasts of The Jack Paar Show, Perry Como’s Kraft Music Hall, The Bell Telephone Hour. But the images that attracted me then are the same types that still snare my attention. Who knew that my propensity for collecting swatches of fabric, beautiful gift wrap, and patterns from magazines started when I was a youngster? 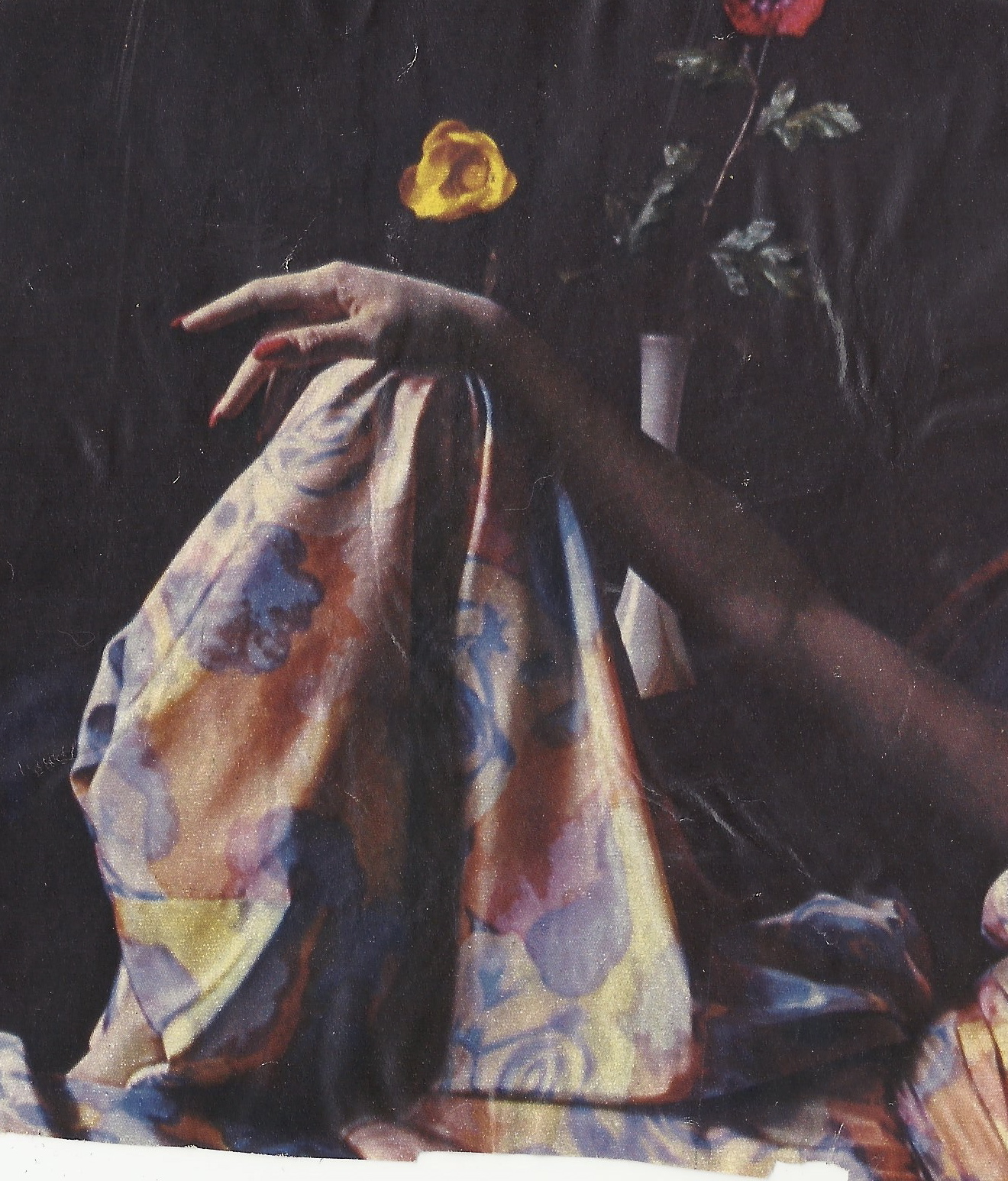 According to Beck, vision boards are tools to set in motion one’s future. She didn’t say anything about connecting with one’s future children. Only those who know my son is an ace ironer and had flannel bedding in this plaid will get the shivers. What on earth could have drawn me to an image that juxtaposed two symbols from my son’s life? 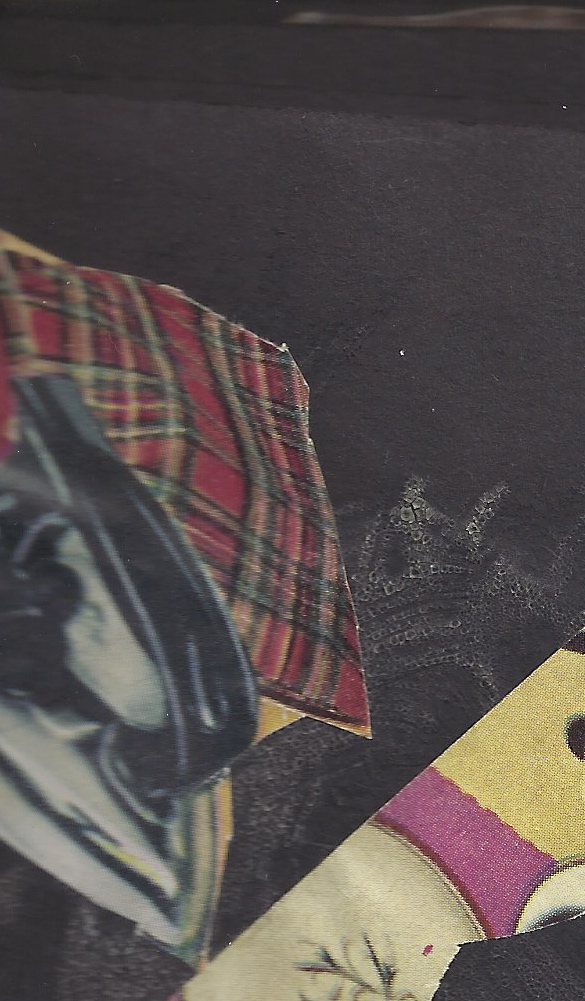 In her article, Beck cautions that once you have created your vision board, put it away and forget about it. “The purpose of a vision board,” she writes, “is to focus your attention — briefly.” The last step in her article instructs readers not to sit back and wait for Destiny to bonk you on the head, but to keep moving and stay alert. When those little miracle-like coincidences happen, pitch in and help them along.

Do vision boards work? I don’t know. But get a load of the image four-year-old me put front and center of her scrapbook, right down to the size nine shoes. 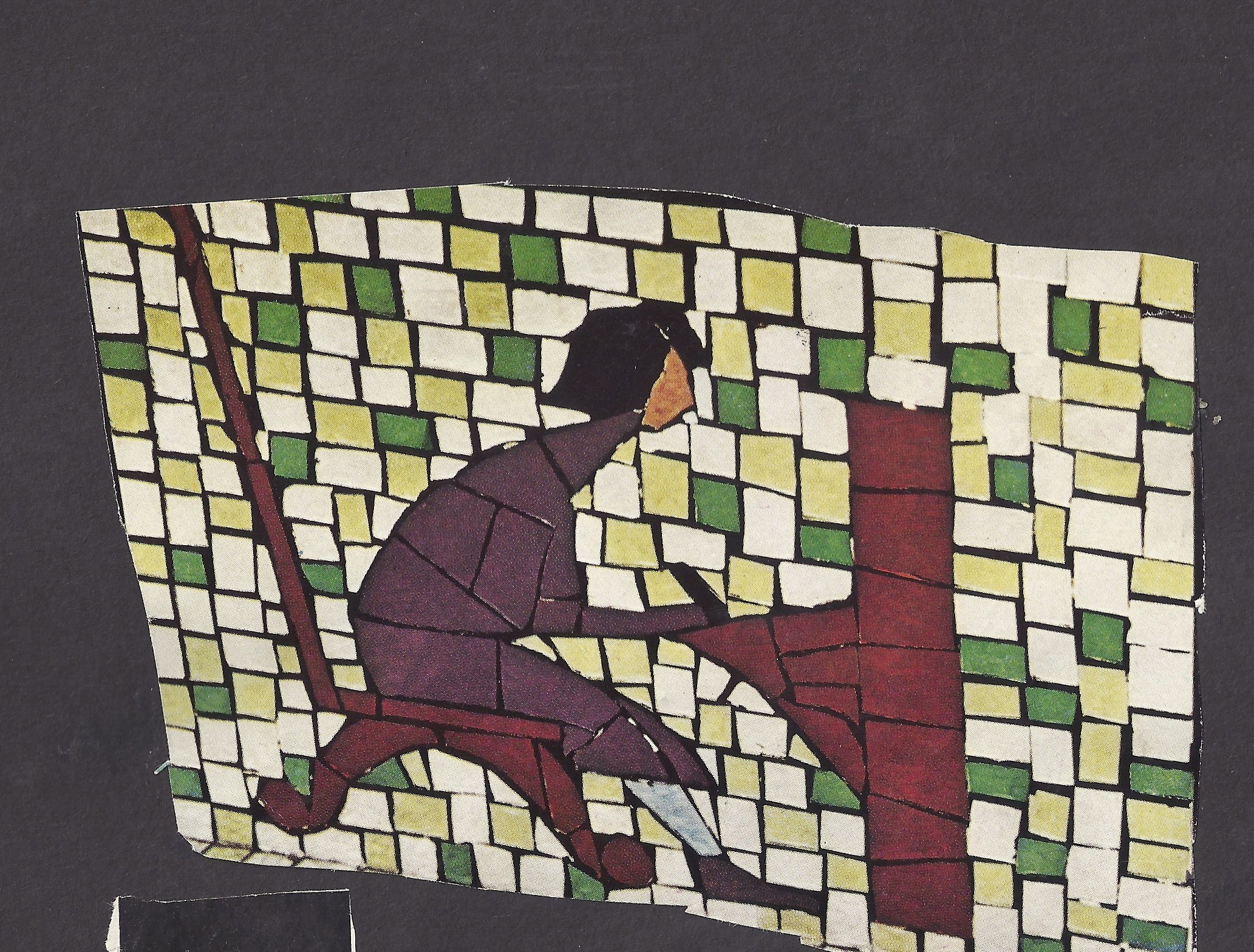 I’m going to get out my stack of magazines and start gathering. Destiny awaits.