Why I Want to Be My Sister-in-Law

My sister-in-law has worked for NBC for nearly thirty years. Hers is the expertise bringing you sound for Brian Williams’ interviews. Hers have been the hands affixing the mikes to three decades of presidential candidates, entertainers, novelists, and basically everyone and anyone who has been newsworthy. She knew Jane Pauley when she had all that hair and Matt Lauer before he started losing his.

Meryl Streep? Lillian Hellman? Bette Midler? Daniel Radcliffe? Yes, yes, yes and can-you-GET-any-luckier? YES! Bruce Springsteen, her hero, autographed a larger than life record for her; she and Anthony Hopkins mugged a Silence-of-the-Lambs photo. The day after our son’s Bar Mitzvah she flew to London for Princess Diana’s funeral and then headed to India for Mother Theresa’s.

She’s also had a closer than front row seat to world tragedy and horror as well: the Gander air crash, Pan Am 103, train wrecks and life wrecks. The minute the planes hit the Twin Towers she was sent to what would eventually be called Ground Zero. I’ll never forget watching Rahema Ellis’ report that morning. She was trying to outrun the dust and panic and we knew that Helene and her crew were outrunning it as well. Backwards. We did not like the evening she called from Gaza and said, “You’ll see it on the news, but I’m OK.” A missile had hit the tank she and her crew were reporting from in Gaza.

Helene is an ace at what she does; she’s our coolest relative and has a heart of gold. But here’s why I’d love to spend just a day as her side kick. She got to spend two days with him. Ride a train with him and just shoot the breeze. And then, of course, there’s the photo for her ever expanding album. 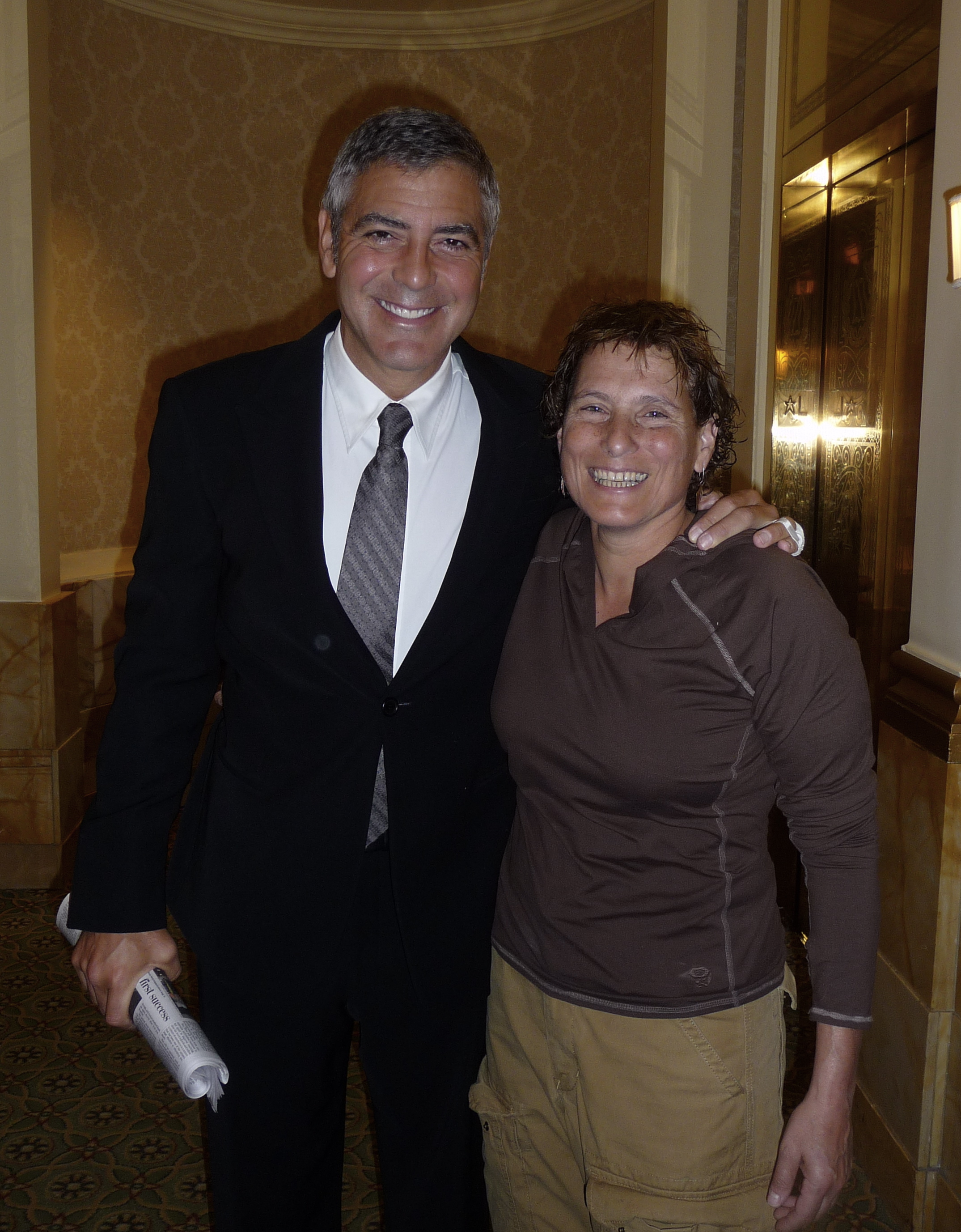 Who wouldn't want this job?