Anne Frank, the Art of a Young Diarist

A funny thing happened to Francine Prose on the way to writing a novel about a thirteen-year-old girl. Taking her own advice from Reading Like a Writer — if you’re going to write about a particular kind of person then first read something by that kind of person — Prose reread Anne Frank, The Diary of a Young Girl. This quest for authenticity set the author on a completely new path that culminated in the writing of Anne Frank: The Book, The Life, The Afterlife.

Upon rereading Anne Frank’s diary, Prose realized this was not simply the daily journal of a thirteen-year-old girl but “…a work of art as a historical record. When the last survivor has died,” she commented, “we will know these eight names, preserved forever in the words of a little girl.” Through her research, Prose understood that while Anne Frank might have been a little girl, during those last two years of her life, hidden away in the attic as the world went mad beyond her confines, she matured into a writer of prodigious talent, “She used a novelist’s techniques — character, setting, dialog — deliberately crafting a work of literature that she hoped would one day be read by the public.”

During the last months in the attic, Anne heard a broadcast from Holland’s exiled culture minister calling on Dutch citizens to write journals so the world would one day know the truth. She took the minister’s words to heart and during what turned out to be the last four months of her life, Frank edited the diary. “She cut, changed, clarified,” said Prose. “The device of Dear Kitty came into being in this four-month period.” Prose read aloud comparative versions of entries and it was astonishing to realize how correct she was.

The diary electrified the world not simply because it was the first of its kind, and not just because Anne Frank was so young and died at the hands of Nazis. Her diary is a superlative work of literature, the second most widely read and taught book in the world. Prose is right. Because Anne Frank understood the craft of writing and understood that if she didn’t survive then her words must, the names of Otto Frank, Edith Frank, Margot Frank Anne Frank, Herman and August Van Pels and their son Peter and Fritz Pfeffer will forever be remembered as long as there are books and as long as there are readers. 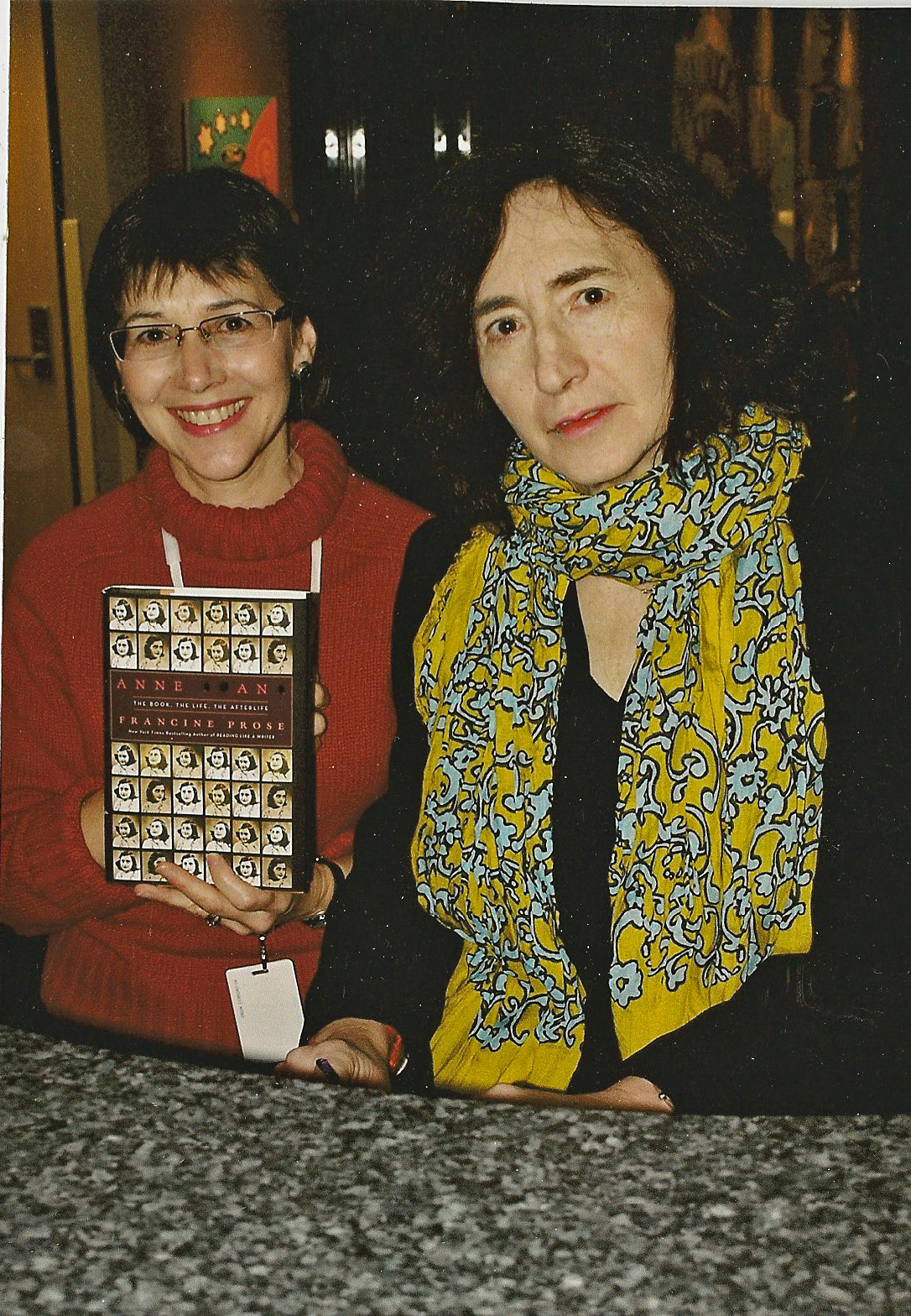 Where else but Book Fair can one schmooze with literary lions?